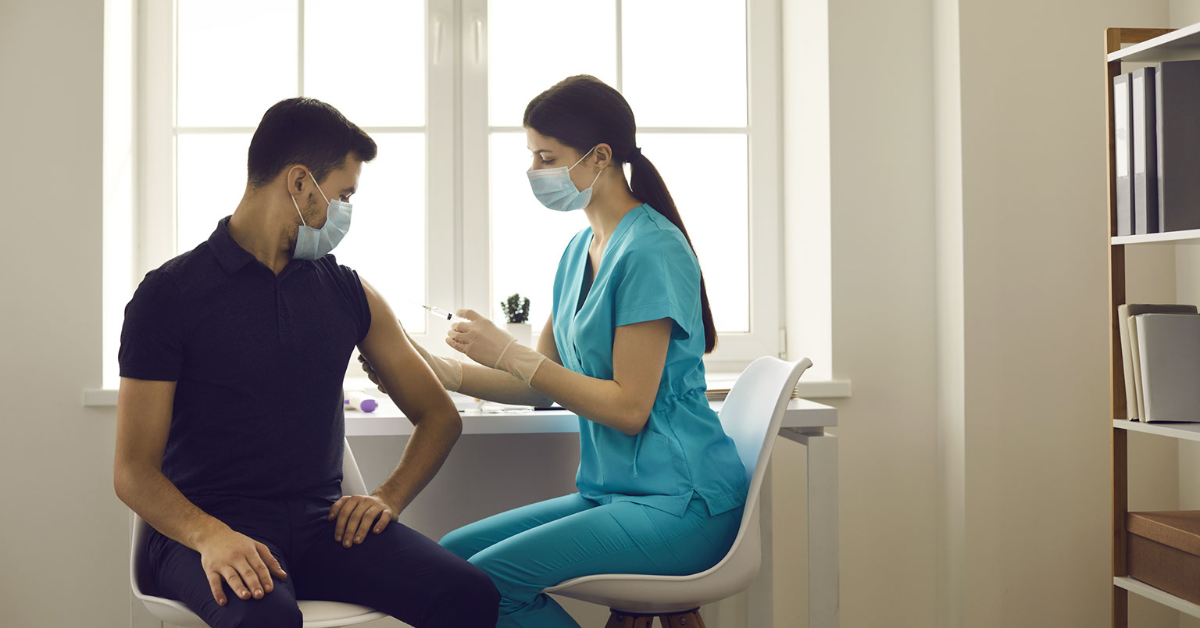 The flu is one of the most common illnesses found in the United States (as well as most of the rest of the world). “The flu” can result from several different influenza viruses—the specific virus strain that is most likely to affect the generally population can vary from year to year.

The intensity of the flu can vary from a mild sore throat to a potentially deadly illness. Individuals experiencing one or more other health problems are more likely to be negatively impacted by the flu.

Because the flu is so common, many people will want to take action to minimize the possibility of getting the flu and, if they do get it, to minimize its effects. Experts widely agree that, although it might not protect against every single influenza virus, the best way to reduce the likelihood of getting or suffering from the flu is with a flu shot.

It’s important to take the flu seriously and, if possible, to get the flu vaccine.

Is the Flu Vaccine Effective?

According to the Center for Disease Control and Prevention (CDC), “recent studies show that flu vaccination reduces the risk of flu illness by between 40 percent and 60 percent among the overall population during seasons when most circulating flu viruses are well-matched to those used to make flu vaccine.”

The CDC further goes on to state, “How well flu vaccines work (or their ability to protect against a certain outcome) can vary from season to season.” This is because the strain of influenza that is most dominant can vary over time. However, even keeping this in mind, the vaccine is still clearly “the best way to protect yourself and your loved ones against flu and its potentially serious complications.”

Does the Flu Vaccine Protect Against Every Influenza Virus?

There are many different virus strains that could be categorized as influenza. However, within this broader population, all strains will fall into one of four defined categories: A, B, C, or D. The flu vaccine only protects against some variations of the flu, though the vaccine was designed to target the most impactful strains. According to the CDC, “In general, current flu vaccines tend to work better against influenza B and influenza A (H1N1) viruses and offer lower protection against influenza A (H3N2) viruses.”

As suggested, the flu is one of the most common illnesses in the United States. Though only a small portion of people who get the flu will need hospitalization, the virus’ large scale means you are very likely to encounter the flu in any given year.

Following the 2019-20 flu season (which ended around the beginning of the COVID-19 outbreak), it is estimated:

Influenza and pneumonia combine for about 49,000 deaths per year, making them the ninth most common cause of death within the United States, according to the CDC.

What are the Most Common Symptoms of the Flu?

Knowing whether or not you are experiencing the flu can sometimes be rather difficult. The way a person will experience the flu will often be different from how the person they caught it from (or spread it to) experiences it. Additionally, diagnosing the flu without testing can be challenging because there is a significant amount of overlap between flu signs and symptoms and those of other common viruses—especially in the COVID-19 era.

Nevertheless, there are still some tell-tale signs you might have the flu:

What Should You Do if You Have the Flu?

If you believe you have the flu, you should stay home from work or school and avoid going into public places—the flu can be easily spread in public. Be sure to carefully monitor your symptoms. While most people will feel sick for just a few days, if the symptoms become much more severe or persist for a long period of time, you may need additional treatment. Only a small portion of people will need emergency hospitalization, but others might consider antiviral drugs and other recommendations from their doctor.

Is the Flu Vaccine Usually Covered by Insurance?

One of the most common reasons Americans tend to avoid medical treatment—including preventative treatments, such as the flu vaccine—is that they are unsure whether or not the treatment they are seeking is actually covered by insurance.

Luckily, the flu vaccine is covered by almost every single health insurance policy in the United States. According to the Department of Health and Human Services (HHS), “Flu and other vaccines are required to be covered by your health insurance without charging a copayment or coinsurance. But, be sure to check with your insurance company to find out if you must go to a specific facility to receive the vaccine.”

There are also some places that issue flu vaccinations for free without the need for insurance.

As long as your doctor recommends it, you should get your flu shot every year. Flu vaccinations are covered by insurance and, in addition to significantly reducing the likelihood of getting the flu, they also reduce the severity of flu symptoms.

Our website uses anonymized Google analytics. The only personal information we collect from this tool is the general location from where you access our website. To find out more about Google anonymization please click here. For more information on our data collection tools, processes and procedures refer to our privacy statement which can be found here.